Home » Carne Asada at its Simplest and Finest 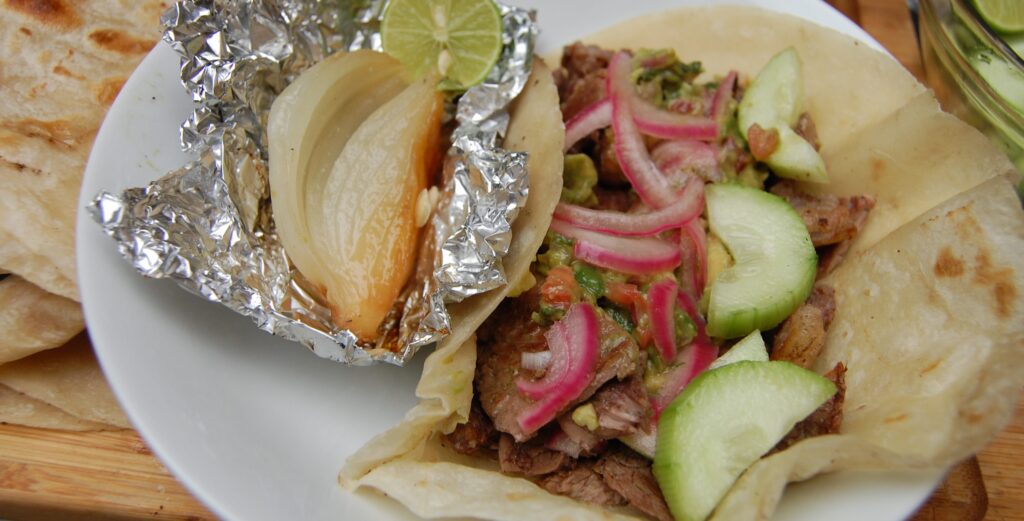 I once had one friend ask me for a good recipe for a marinade sauce to prepare meat in order to make carne asada in a true Mexican style. I was a little shocked by his question because where I come from, the meat doesn’t need anything else than the heat from red hot mesquite charcoal and some salt.

Carne asada is a Mexican tradition that replicates some ancient behavior of hunting and preparing everything to eat. Hence the traditional landscape of the  men around the fire and preparing the meat, and the women preparing sauces and everything that we need to eat the meat the way is meant to.

Of course those ideas are over now and you can usually find everybody chipping in and helping with what they can. That’s what carne asada is all about: friendship, companionship and a great meal that’s you should all share.

For the Stuff you put on your Taco

I like to have everything ready before we start the fire. So first, we’ll get the sauces and other toppings done:

When to Cook Carne Asada

In my house we eat carne asada whenever we have a birthday or want to spend some time with friends for no particular reason. Carne asada is a community trademark for us. Brings us together and is always delicious. And it also has so many things happening around it that the meat is  just an excuse to make other stuff like sauces, guacamoles, beans, eat a little grilled sausages or ribs and have a great time.

Let me know how your carne asada turned out and if you still want a good recipe for a hot sauce or a marinade sauce, I can fix you up!