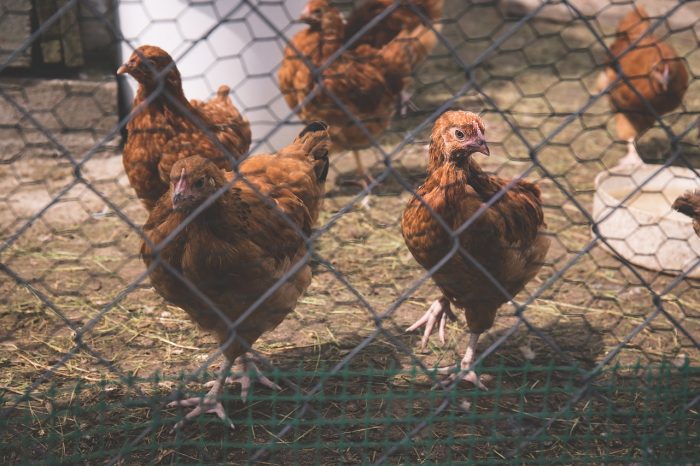 For those bird lovers who own chickens, keeping the predators away from your chicken flock is an issue all year round but the threat is a whole lot worse in the winter due to the lack of food for predators during the colder months.

So now is the time to take extra precautions to help detract predators from attempting to break in and attack your flock – it’s important to have measures not to attract them in the first place as well as what to do if you already have predators lurking around.

If you have years of experience in managing your flock you probably have a better idea of how to prepare for the winter. On the other end, if you are just starting out it would be best to seek the help of experts. We turned to our friends from Littlepeckers.co.uk for insights on how to best combat the winter and ready your flock for it.

How to Keep Your Chickens Safe from Predators

Winter predators to watch out for

So what kind of creatures might be keeping an eye on your flock, ready to jump in and attack at any opportunity? The most common predators are foxes, dogs, rats, cats, crows, snakes, hawks and owls.
Whether they are approaching from the skies or coming in on four legs, winter predators will stop at nothing to get access to your flock, not to mention hungry humans who might decide to steal an easy free dinner as well.

Make your garden unattractive to predators

The key to protecting your flock is not to attract predators to your garden in the first place. The main thing which attracts them in is food so if you leave lots of treats around in the open you are likely to attract the attention of hungry animals on the prowl.

Predators, who come into your garden lured in by the food they find, will continue their search and if they come across your flock they will soon turn their attention to the best ways to steal the eggs, eat the chicks and even attack the fully grown chickens.

Of course, you need to feed your flock but just don’t leave lots of treats lying around and don’t store food out in the open as it might attract predators into your garden including rats and mice which are just as likely to attack your flock’s eggs and chicks as any other larger creatures.

As well as trying to deter predators from coming into your garden, you should take measures to reinforce your chicken coop to make sure your flock is safe in their own house. A determined predator will easily break through thin and poorly built walls and roofs.

Any coop with gaps in the wall areas or weak spots will allow creatures like weasels and rats to sneak into the coop easily and cause havoc. One of the key materials to avoid is chicken wire because it is just too easy for predators to bite and claw their way in.

You need to use stronger materials such as some heavy-duty screening materials which can help to keep your flock safe. Make sure you don’t have gaps or holes in the screening when you put it together because even tiny gaps could allow snakes, mice, and rats to fit through the coop, or allow larger predators to poke their snouts or paws in and rip the coop open.
Another move is to strengthen the bottom of the chicken house so that predators like foxes and dogs can’t dig under the edge to get access to the birds. Bury some of the cloth material into the ground so the predators can’t burrow underneath.

Even better, is to build your coop up off the ground so that rats and mice can’t make their home underneath it and then make their way inside to eat the eggs and chicks. If you can have a coop on legs or off the ground in some way it can really help to protect your flock.

Many predators are nocturnal so in the winter you need to adapt your care habits for your flock. Don’t leave your birds outside after dark – you need to make sure they are safely locked up as soon as it starts to get dark which will be much earlier than in the summer.

It’s important to collect any eggs early and to collect them daily to avoid attracting predators into your coop. The other thing to do is to keep your fence in good order – keep regular checks for any weak boards and gaps which might need repairing.

It can be helpful to ward off predators by using guard support which could be either a trained dog or a rooster which will look after its flock. If predators approach a rooster will call out and will move all the chickens to safety, giving you potential time to get out and scare the creature off.

There are also systems that can be installed such as reflective tape and other reflective items, as well as motion detector systems that shine lights if a predator approaches the flock, scaring them off.