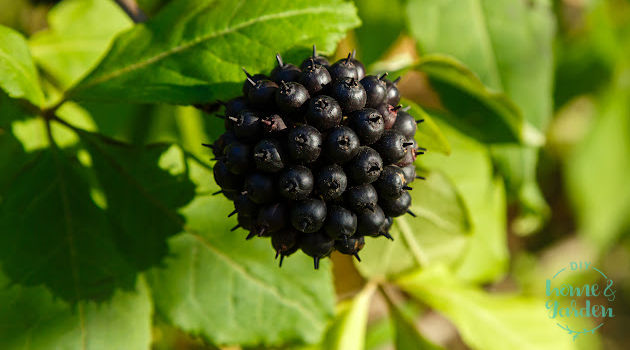 Like their cousins the raspberries, blackberry bushes are very easy to grow and care for, primarily in USDA hardiness zones 5-8. They’re considered mainly perennials except for the shrubs that sit above the ground, often treated as a biennial.

While the roots survive through seasons, blackberry canes grow vegetatively for only a year, bear fruit the following year, then die, giving new growth.

As you shop around, you will find mainly three types of blackberries:

Here are the questions most gardeners ask about growing blackberries.

Where is the best place to plant blackberry bushes?

Plant your blackberry plants in a full-sun location with plenty of room for them to grow.

How long does it take for a blackberry bush to bear fruit?

The first year after their stems emerge, blackberry bushes grow and put forth flower buds. Flowering and fruiting occur in the second year, after which the plant dies and should be removed. Every growing season, a new set of shoots spring up as replacements.

Do blackberry bushes come back every year?

All blackberries are perennials, purely courtesy of their rhizomes.

What time of year do you plant blackberry bushes?

The best time to plant blackberry is in early spring (when the cane(s) are dormant) or late fall. Delay until early spring, primarily if you reside in icy areas, as the low temperatures may kill some hybrid varieties.

Do blackberries need a trellis?

This will depend on the growth habit of your blackberry plant, which can be trailing, erect or semi-erect. Offer a trellis for the semi-erect and the following types to help support the long canes. Consider maintaining your erect blackberries at around 3 feet tall to avoid them being blown over by the wind.

How big does blackberry bush get?

Blackberries grow and fruit best in full sun. The extreme shade will hinder their fruit production.

Can you grow blackberries in a 5-gallon bucket?

If growing blackberries plants in a container, consider using a five gallon (19 L.) or even a more giant bucket with space for at least 15 cm (6 inches) of soil. Blackberry roots tend to spread out rather than penetrate deep down, so you can comfortably use a shallow container provided that you have adequate room for the plants to develop canes.

Is Epsom salt good for blackberries?

Like other Rosaceae family members (including roses), Blackberries will benefit from the magnesium levels in Epsom salts. However, you don’t want to use it as a substitute for fertilizer since the mineral has zero traces of phosphorous, nitrogen, or potassium— the essential nutrients needed by plants.

How quickly do blackberry bushes grow?

A blackberry bush will take up to two growing seasons (after planting the seeds) to begin fruiting.

How long do blackberry plants last?

Blackberry shrubs can live and bear fruit for fifteen to twenty years. After fruiting in the second year, the canes will die off. Prune them off at that point to pave the way for new growth.

Should you cut back blackberry bushes?

Not only does pruning help make your blackberry bushes manageable, but it also boosts yields, creating healthier, more vigorous plants.

Can you plant strawberries with blackberries?

Both shrubs spread via suckers, which may make it a bit difficult to keep them from overwhelming each other. It, essentially, would be a mess to keep everything tidy.

If you would like to have both plants, then consider having your strawberry patch as a stand-alone “feature.”

Can you grow blackberries in a container?

Yes, you can successfully grow blackberries in a bucket or planter.

Just ensure that you decide in advance on how many plants to grow, how much you would want them to reproduce or spread, and the yield you expect at harvest time. All these will help determine the size of your container.

Containers should be at least 24 inches (61 cm) in diameter, but a 91 cm (36-inch) diameter is ideal, especially for the development and growth of new shoots.

If possible, use fabric bags—rather than hard plastic or ceramic pot—to allow the plants’ roots a little flexibility, plus they’re a lot easier to relocate for maximum sunlight.

What can you not plant with blackberries?

Avoid growing your blackberry bushes too close to potatoes, tomatoes, peppers, eggplant, strawberries, and wild blackberries to avoid the risk of disease spread.

How many blackberry bushes do I need?

This depends on the size of your family and the amount of craving. But for a family of three or four, 3-5 blackberry plants are sufficient—because each plant can produce between eleven to twenty pounds of fruit.

Do blackberry bushes need a lot of water?

Blackberries are pretty drought-tolerant. Therefore, they won’t need as much water. However, irrigate the plants frequently during the growing season to enhance the production of fresh berries.

How to Plant Blackberry Bushes

Here is how you can care for your shrubs.

The Takeaway: Blackberry Bushes Are Easy to Grow and Super Nutritious

When you have the right growing conditions, blackberry bushes are easy to grow.

Below are a few blackberry varieties to check out. However, be sure to confirm what cultivars work best for your growing zone.

While it’s possible to start blackberry bushes from seeds, it’s much easier to grow the shrubs from bare roots, cuttings, or tips.