Home » The Cruelest Systemic Racism: The murder of a 16-year-old 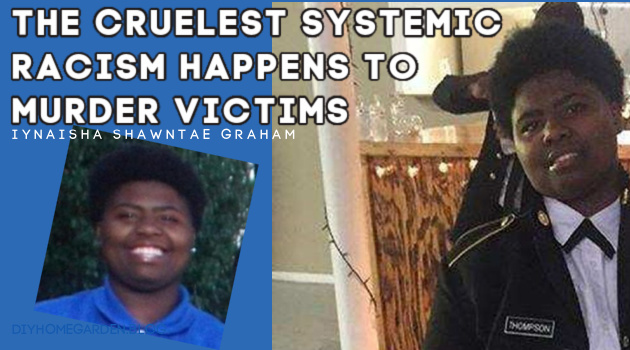 The cruelest form of systemic racism might occur in death—especially in the handling of murder cases.

I know that many of you follow this blog check-in to receive recipes, DIY projects, and wellness tips. This story, admittedly, does not fit neatly into those categories. I don’t write most of my site content. I heavily rely on my writing team. Typically, I ask my daily contributors to write in the third person, remain impersonal, and share information without opinions.

But this is personal. The murder of Iynaisha Shawntae Graham, a 16-year-old girl, is a clear signal that our country is in a crisis. She lived and died less than five miles from my home. Please note that I disabled the usual advertising within this article. The message is too serious for the interruption of Amazon ads. My goal is not to make money from this article, because I do not wish to profit from this tragedy. Instead, I want to sound the alarm to wake up people who are still sitting in the back of the classroom.

One might wish to deny it, but we cannot ignore the reality of systemic racism, aka institutional racism. This is a national risk endangering thousands of American children. So please stick with me, keep an open heart and an open mind, and learn about this reality.

Thursday, October 8, 2020, started out as a normal workday for a North Carolina mother named Shawntae Graham. She said goodbye and exchanged an “I love you” with her 16-year-old daughter Iynaisha and went to work at the local chicken processing plant like any other day.

Leaving for her shift, she had no idea that it would be the last time Shawntae would see her daughter alive. Shawntae explained that she came home between 12:45 and 1:00 am to find her daughter’s lifeless body, a gunshot wound to the head. She found Iynaisha deceased but described that her body still felt warm.

You might be wondering how that sad story equals systemic racism—you will be shocked to learn what happened next. The circumstances surrounding this murder cannot be assigned to anything other than a total breakdown in a system stacked against communities of color in rural America.

About the rural community, systemic racism in the making.

Iynaisha Shawntae Graham lived in the small town of Lewiston-Woodville, North Carolina. According to the 2019 statistics provided by the United States Census Bureau, population 482.  The Census Bureau also notes that 27.1% of town residents live in poverty, and the average household income is only $36,313 annually.

The once-thriving community is largely empty today. Abandoned storefronts gather cobwebs in their thresholds. While the old-timers can recall the bustling little town “back in the day,” most passersby can barely visualize how it must have once been.

In Bertie County, a 741-square-mile swath of fertile farmlands, the only major employer in the town is a Perdue chicken processing plant. Raising chickens, farming, logging, and prison guarding are the major sources of employment in this rural county.

With few employment options in Lewiston-Woodville, Iynaisha dreamed of a career in the Army. To Iynaisha, a member of the Bertie High School JROTC, the military was more than just a way to escape small-town life and a life of poverty.

Shawntae described Iynaisha as a responsible girl who loved her country and dreamed of graduating in 2023 and embarking on a military career—she had a heart for service.

Shawntae described her daughter as “A leader who took on the responsibility with a smile on her face. A sweet and happy child who dreamed of joining the Army and seeing the rest of the world.”

All summer, we continued to have national conversations about racial inequities in America. Even so, Iynaisha felt proud of her country and wanted nothing more than to serve her fellow citizens. Shawntae discussed how, despite the problems we face in our nation, her daughter still hoped for an America where we can all find common ground, and everyone can flourish.

A murderer took Iynaisha’s life in the early morning hours of October 9, 2020. What did the local media have to say?

Well, nothing. At least not for several days.

You see, Bertie County does not have a local television station. In fact, you cannot even tune into an in-county radio station. The nearest decent-sized city, Greenville, North Carolina, is roughly an hour away.

On October 12, 2020, WITN-TV, an NBC affiliate, arrived in Lewiston-Woodville from Greenville to report this story. However, in their online account of the events, they misspelled her name as Iynashia.

One regional local newspaper, The Roanoke-Chowan News-Herald, publishes only twice weekly. They did share information about Iynaisha’s murder on their Facebook page, also on October 12, 2020. But they, too, spelled the teen’s name wrong—Iynasha Sayntae.

A second local newspaper, The Bertie Ledger Advance, publishes only once weekly, each Thursday—leaving a gap of almost one week before they shared the news of this tragic event. Once they did publish the story… you guessed it…they spelled her name as Iynasha Sayntae Graham.

Regardless of the story’s timing, no media reporters assigned this teenager’s death enough credence to confirm the spelling accuracy. The basic rules of editing, as taught by every college writing program, were disregarded with nary a backward glance.

Shawntae Graham discussed the investigation several days after her daughter’s murder. At that time, she had received only a little bit of information from the Bertie County Sheriff Department.

The sheriff’s department did explain to Shawntae that the North Carolina State Bureau of Investigation (SBI) is currently involved with the investigation. Because it is an active case, the authorities are sharing few details.

Bertie County Sheriff, John Holley, denounced this crime in the Bertie Leger-Advance  as “a senseless crime tragedy.” He went on to state that he would work to “investigate every single angle of this case to make sure we bring her killer to justice.”

The Sheriff has asked anyone who might have seen or heard anything to call their office at 252-794-5330.

But nobody has stepped forward and admitted to the crime. Nor did any citizen’s group step up and offer to create a reward fund for this lost child.

Where is the #saveourchildren crowd?

Scrolling through Facebook or Twitter, one sees posts widely shared with the hashtag #saveourchildren. The moms who share these postings spread the word about kidnapped, trafficked, and murdered children. Undoubtedly, saving children from heinous crimes is a noble cause.

But only a small handful of mothers shared the Roanoke-Chowan News-Herald or WITN-TV story about the loss of Iynaisha–perhaps because her death made only a slight blip in the news. So, this leads to even more questions.

Where are the #saveourchildren people? Are they only saving younger children? Boys? Some people point out, and rightly so that we cannot save America’s children until we commit to saving ALL of our children. Why is nobody expressing outrage regarding the murder of this child?

Shawntae Graham is a working mom. She is a fiercely independent woman who works hard for every penny she earns. She certainly did not have funds saved to bury her daughter. It took the entire extended family’s earnings to chip in to bury their daughter, granddaughter, niece, and cousin.

Realizing that the family found themselves in a tight and tragic spot, Shawntae’s cousin, Moesha Graham, started a gofundme page to help the family. While the funds can never replace the loss of Iynaisha, they would help the family pay the bills they skipped paying to cover the unexpected funeral costs.

But it received only a few shares and collected a mere $20.

We should feel outraged about this. Why has our society-at-large looked the other way when it came to helping this family in their hour of need?

Blaming the victim is a byproduct of systemic racism.

Some of you might be thinking that this is not systemic racism. In your mind, you chalk it up to bad luck or being in the wrong place at the wrong time.

But that internal shifting of blame from the perpetrator and onto the victim is a byproduct of systemic racism. We confront an awful truth when we face these breakdowns in our systems. It feels too terrible to handle. So we deflect it. That is wrong. We cannot continue to do this.

Some facts of the case are indisputable. Iynaisha Graham was in her bedroom, lying in her own bed, and someone committed this violence against her. We do not yet know the reasons why.

Shawntae Graham described her as a “homebody who would rather stay home than run the streets and make trouble.”

She explained that Iynaisha often hung out with her grandmother instead of kids her age. Shawntae concedes that gangs sell drugs around the area, but she emphasized that her daughter steered clear of trouble, staying home most often. She also connected the dots, stating that drug-related activity is a violation of JROTC ‘s code of conduct–a risk her level-headed daughter would never take.

By all accounts, this teenager blessed all who knew her. Her teachers concur that Iynaisha was an exemplary role model for other students.

She always smiled, she had that thing about her. I could ask her to do something, nobody else would want to do it and she would say I got you Chief.

In short, Iynaisha Shawntae Graham was an innocent victim. We cannot blame her for meeting this untimely and cruel fate.

How can you help bring an end to systemic racism?

Iynaisha Shawntae Graham’s life was cut short in her junior year of high school. Even as her family mourns an unfathomable loss, mom Shawntae hopes that her daughter’s death is not in vain. Her wish is that others begin to take notice of systemic racism–and reveal how her daughter’s case is dealt with by the authorities and the media.

Consider this: How would you feel if your child received this same treatment? Shawntae remains hopeful that her daughter’s killer will get the justice they deserve. Until then, she handles the loss of Iynaisha with grace and dignity–more than many of us could do.

Understanding the problem of systemic racism, and better yet, helping to undo it, pays honor to Iynaisha’s dream of a better, safer America.

If you want to help end systemic racism, here are a few first steps you can take:

Iynaisha Shawntae Graham left this world suddenly and before her family was ready to say a final goodbye. They know that God had a plan, but that does not lessen their loss. Their only comfort is in knowing that she is now flying high with the angels in Heaven. 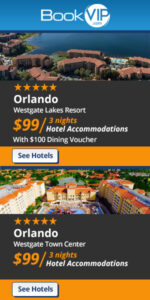