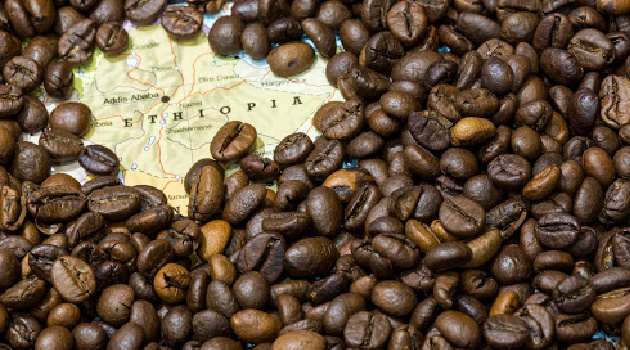 Ethiopian coffee is a serious matter in the African nation, Ethiopia

These are Ethiopian coffee expressions, a clear reflection of the role coffee plays in Ethiopian culture.

From food, life to interpersonal relationships, coffee (in this nation) also plays a pivotal role in the country’s economy. In fact, the crop accounts for nearly 70% of Ethiopia’s export earnings; with the industry employing about 15 million Ethiopians.

Unlike in Kenya, which exports the majority of its java beans (compared to the portion consumed by the Kenyans themselves), Ethiopia consumes almost 50% of its coffee.

In 2015/16 alone, the country produced an estimated 6.4 million 60 kg bags of coffee. Out of that harvest, Ethiopians consumed a whopping 3.7 million.

Coffee is part and parcel of the people’s culture. They can spend hours a day just drinking coffee.

An invitation for a cup of coffee by a friend would be a sign of high regard—meaning the person values your friendship and can confide in you. On the contrary, if one says, “I have no one to drink coffee with,” one can assume that the individual has no good friends that he or she can confide in.

The birth of coffee in Ethiopia

Ethiopia receives historic credit as the birthplace of coffee. In fact, it’s from this place where the world-favorite Arabica beans probably originated.

History has it that, Kaldi, a 9th-century Ethiopian goat herder, first discovered the crop while herding his goats through some highland near a monastery.

Something strange caught his attention…!

The goats were dancing—standing on their rear legs.

Kaldi wondered. This was abnormal.

On a closer look, he noticed them (the goats) eating some red berries, and quickly thought to himself… “This could be the cause of the dance.” “What if I try them as well?”

He took the beans and shared with a monk, who strongly resisted and disapproved of their use. Thus, the monk threw them into the fire, fearing that it could be something evil.

The resulting aroma was wonderful and irresistible, and so he (the monk) hastily got the coffee beans out of the fire—crushed them—then put them in an ewer with hot water, to preserve them.

On trying the drink, he noticed he could stay awake for longer periods to pray than he did before.

This is what’s believed to be the genesis of coffee brewing—which has since spread worldwide.

Though historians cannot confirm the claim’s accuracy, the widely accepted fact is that coffee (kaffa) originated from Ethiopia.

“Kaffa” –the origin of the name “coffee”

It’s in Kaffa, one of the former provinces in Ethiopia, that coffee was first discovered.

The country is now the largest coffee producer in Africa and ranked the 5th largest exporter of Arabica coffee globally.

Annually, Ethiopia produces approximately 384,000 metric tons of coffee, which (currently) it mostly sells to the United States, Europe, and Japan.

The consistent production of richly flavored coffee is attributed to the country’s naturally occurring perfect growing conditions, which doesn’t involve the heavy use of agricultural chemicals, as is the case in some parts of the world where the crop is cultivated.

The unique processing method they use also plays a big role in the beans’ flavor enhancement.

The high altitudes essentially slow down the crop’s growth, allowing for more nutrient transportation into the beans.  The result is a denser and more flavorful coffee bean.

In the past, most of the coffee in Ethiopia was dry-processed. However, the country is increasingly adopting the wet processing method, mainly responsible for the delicate, floral notes that the country’s coffee is known for.

The coffee cherries are harvested from October to April.

The majority of the coffee produced is via the Garden Coffee system.

Some of the main coffee-growing areas in Ethiopia

So now that you know a bit about how producers grow their harvest, let’s look at the regional differences that impact the flavors.

This area is where you find most of the Ethiopian coffee-growing areas. And within Sidamo is the small town, Yirgacheffe, known for the consistent production of one of the world’s best coffees.

Producers wet-process most of the coffee here. That’s because this practice yields a light body bright coffee with high acidity that wraps itself in the sweet fruity flavor and floral notes.

This region sits east of the country’s capital (Addis Ababa). Unlike the Yirgacheffe coffee, which is wet-processed, Harar (or Harrar) is dry-processed.

Growers harvest the coffee fruits, leaving them to dry in the sunshine.

Once dry, growers peel the fruit to expose the coffee bean. This simple and unique processing method is one reason behind the dry fruitiness likened to that of red wine.

In addition to the fruity notes, the extremely bold and full-bodied Harrar coffee also exhibits a notable floral taste. And for expert coffee-tasters, you’ll quickly catch the hints of apricot and blueberries.

This area sits in the south of Sidamo.

Guji’s coffee has grown its pool of cafephiles. Indeed, visitors to the region swear by its complex yet balanced profile—sweet floral notes reminiscent of that of jasmine with peach and melon and a tea-like body.

Historically, the region offered washed and naturals exclusively. However, recently the producers started exploring the honey’s as well.

Ethiopian beans, in general, are widely famous for their complex flavor notes, light to medium body, and higher acidity. All of which explains their winey quality and bright texture (mouthfeels).

Even though the country is fast embracing the wet-processing technique, many coffees here still process using natural methods. This includes drying the coffee with the cherry fruit on—still attached to the bean.

This processing method gives the coffee the winey tones in addition to enhancing its brightness.

Here are our picks for the 6 best Ethiopian coffees

By now, you probably long to try out Ethiopian coffee. Try these.

Taste: A complex combination of wine and fruit with proper bright acidity and some hint of cinnamon.

Taste: A rich combination of berries and fruit; with mild wine-toned acidity.

As you can see, growing, processing, and exporting coffee beans is an essential part of the economy of this beautiful, lush country. When you choose organic, fair-trade coffee produced in Ethiopia, you can expect the highest quality and the purest flavor in the world.