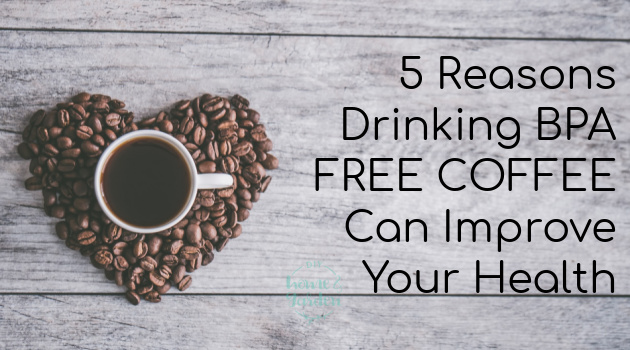 The way that you prepare your morning coffee can have a big impact on your health. Some coffee makers will contain the chemical BPA.

The good news is that you can avoid this. You will be able to purchase a BPA-free coffee maker.

If you don’t take steps to curve your BPA usage, this chemical can start to leach into your food. Over time, this can have damaging health effects. Let’s take a closer look at this issue and why it might be time to switch to a BPA-free machine.

First discovered in the 1890s, BPA is a chemical, bisphenol-A. Plastics manufacturers add this agent to the materials during production. This additive makes them stronger and better able to withstand damage. Because of this, it was used on a wide range of products. Savvy consumers now understand how everything from baby bottles and food containers and coffee machines contains this chemical.

The widespread use of this chemical agent started to cause concern when some of these adverse health effects emerged. Now that we know what BPA is, we can look at why it is considered a large problem.

1 – It Can Cause Infertility

Many couples consider having children to be one of their biggest relationship goals. However, if you ingest too much BPA, it can start to interfere with this goal. Studies have shown that women that have elevated levels of BPA in their bloodstream will find it two times more difficult to conceive. Even if they do, there is a higher risk of a miscarriage.

The problems aren’t limited to women. There is evidence that men with a high level of BPA will have a lower sperm count. Additionally, some men with elevated BPA levels report that they get less sexual satisfaction.

2 – It Links to Heart Disease

Some studies suggest higher BPA levels could dramatically increase your blood pressure. Sometimes, this can be as dramatic as a 135 percent increase in blood pressure. This, in turn, can lead to a range of other issues. For example, there is a greater risk that you will have a heart attack.

Blood pressure can also impact your chance of developing type two diabetes. Those with higher BPA levels were more likely to rely on insulin.

3 – BPA Can Lead to Weight Gain

This issue is linked to the way that BPA impacts the production of insulin. This has a big impact on the way that your body deals with sugars. It is more likely to store them as fat. As a result, those with higher BPA levels have noticed a greater degree of weight gain.

It should be noted that this weight gain isn’t limited to adults. Children and teenagers have also been known to have weight increases based on how the amount of BPA in their bloodstream. Even more alarming are the studies in animals that show prenatal exposure to BPA could cause increased weight gain.

4 – It Might Increase the Chance of Mental Health Concerns

For most of us, one of our biggest fears is getting a cognitive disease as we get older. These are some of the most heartbreaking diseases in the world. This is true for both the sufferer and the families involved. Sadly, there is some evidence that high BPA levels could because of this decline.

Studies prove that high BPA levels change the way that your brain deals with chlorine. In a healthy brain, the calcium levels will be regulated to stop them from getting too high. But for those with elevated BPA, this doesn’t happen. The excess calcium continues to build up. Higher calcium levels have been linked to diseases like Alzheimer’s and Dementia.

5 – BPA Increases the Risk of Cancer

One of the most feared diseases is cancer. Scientists are still studying this disease to try and figure out how it works. Sadly, though, many strains of cancer don’t have a cure. Concerningly, studies are starting to look at the way that BPA interacts with the body. They have found that it can mimic estrogen. This chemical has been known to cause some cells to become cancerous. It has been known to play a role in cancers like breast, ovary, and prostate.

Making news even worse is the way that the BPA affects those undergoing cancer treatments. There is some evidence that it can limit how effective chemotherapy will be.

How Can You Limit Your BPA Levels?

The way that BPA affects the body is still being researched. However, evidence continues to mount that it could be a cause for concern. This is especially true for parents, with some studies suggesting that the effects of BPA are more enhanced in children. The good news is that there are a few simple ways you can eliminate BPA from your life.

One of the best suggestions is to look at what cups and drink bottles you are using. Try to stick to things that are made from materials like glass or metal. If you choose a plastic tumbler, make sure that it is BPA-free.

You’ll also want to look at the type of food packaging you are using. Many processed foods will come with plastic wrapping. Sometimes, these wrappers will contain BPA, which can then leach into your food. As a result, it’s a good idea to buy fresh fruits and vegetables wherever possible. Plus, this will be better for your diet.

It’s also important to consider the type of coffee machine you are using. When liquids are hot, they are more likely to absorb the BPA. As a result, you will get a much more concentrated dose. This doesn’t mean that you need to stop using a plastic coffee maker. Instead, you need to be more cautious about how you select it. You’ll want to purposefully look for ones that are made BPA-free.

The foods that you eat and how they are prepared will have a big impact on the amount of this chemical that you ingest. This, in turn, will influence your overall health. Research proves how higher levels of BPA link to a range of diseases. For example, your risks of cancer and obesity could rise. Because of this, it’s recommended that you make an active effort to choose chemical-free packaging and products.