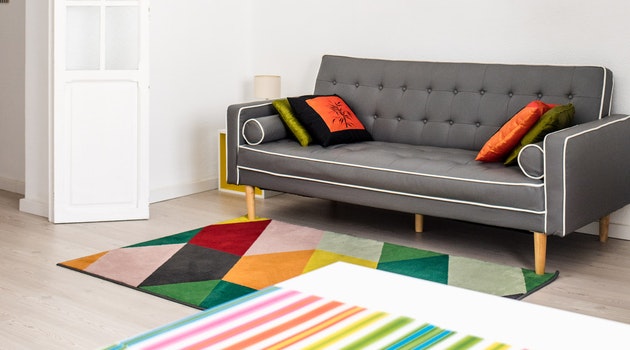 While historical mansions often have large rooms, most older homes were built with smaller rooms. This helped to retain heat, but you lost a lot of usable space to walls. The modern building trend has been to go for more open-plan living. This can allow for much more effective use of your space, but only if you zone it properly. Here are some tips.

1 – Be honest about how you actually use the room.

The golden rule of zoning is to create zones based on how you actually use the room. These days, most rooms will have to serve multiple functions, so you’re going to need to rank them in order of priority.

Priority basically means importance. This is not quite the same as time, although it’s often related. For example, in a studio, creating a tranquil sleeping area should always be a top priority. It will only be used for about a third of the day. It will, however, influence a person’s whole day.

Think about how your various activities relate to each other and what that means for your zones. This is particularly important if there are two or more people in a home. For example, if you use a murphy bed, can the room’s key parts still be accessed with the bed down? If not, what happens if one person wants to sleep, but the other person needs to work?

2 – Make sure you know about the “bones” of the room

Most rooms will have some fixtures you need to workaround. For example, there will usually be a window, a heater/AC/HVAC unit, light switches, and some electrical sockets. You may be able to move the effective position of electrical sockets by using extension cords. However, if so, you will still need to be a bit careful to avoid creating a tripping hazard (or an overload).

You need to keep these bones in mind when you’re zoning a room. For example, having a sleeping area next to a heater may seem cozy. In reality, however, a bed is probably going to block a lot of the heat. That means your sleeping area is likely to end up too warm, and the rest of your room is going to end up too cold.

Remember to check how doors and windows open. This doesn’t just mean room doors. It also means the doors used on storage units. You should also think about the practicalities of opening drawers before you decide whether or not you want them in a room. Shelves and baskets can be a much more compact option.

3 – Identify when you need permanent zones

There’s a growing trend towards reducing the number of permanent zones in a house. In fact, in the future, it may be that the only permanent zones in most houses are the bathrooms. That’s already the case in a lot of studios. At present, there is still a preference to split out bedrooms when possible. Otherwise, the general preference is to avoid permanent zoning.

Avoiding permanent zoning makes it easy to update the configuration of a room as the user’s needs change. This allows for updates to be made quickly if necessary. For example, when COVID19 hit, many people had to find a way to fit a home office into their existing space.

Temporary zoning also fits in with the modern need to save space. For example, instead of having a solid wall with shelving units (or shelves) on either side, you can just have the shelving units. This may only be a small saving, but even a small saving can make a big difference in modern homes.

4 – Choose between vertical and horizontal dividers

Curtains and blinds are much more flexible and give a high level of privacy. If you want less privacy and more connectedness, then the best solution is to contact residential glass specialists. A glass partition can provide separation and soundproofing but still allow light through and still make the smaller area feel like part of the whole.

Horizontal dividers like rugs often just mark out different floor areas. Sometimes, however, they can be arranged in a way that encourages privacy. For example, you can place seats facing inwards to create a private conversation area.

5 – Keep the base color palette cohesive

Color can be a great way to create or emphasize zones, but you need to use it with care in a domestic environment. If you use one color per zone, you’re probably going to end up with a space that feels like it’s been chopped up rather than divided. Instead, it’s usually best to stick to one monochromatic color palette and add pops of color to emphasize the different zones.

For clarity, you absolutely can use color throughout a small space. The trick is to use 80%-90% colors with low saturation (also known as neutrals). You can, however, go wild with the remaining 10%-20%.

This generally means that you want your walls and investment pieces to be in neutrals in the real world. Keep the vivid colors for affordable pieces you can change out easily. Pillow covers are an obvious example of this.

6- Have one main light per zone

Having one main light per zone not only helps to define the zone clearly. It also improves functionality. The main light doesn’t have to be a ceiling light. Floor lamps, wall lamps, and sometimes even table or desk lamps can all serve as the main light in a room. The key point is that the need to belong, visually, to that particular zone and no other.